Andy Smith writes about some of the inspirations and ideas behind his new play, SUMMIT, which is performed in a blend of languages, including fully integrated BSL.

The theatre is for me, a place of meeting, at least a place that contains the potential for that. A meeting is what the story of SUMMIT is concerned with. The meeting in our play, the summit of the title, has been organised to respond to a current crisis or emergency. We never find out exactly what this is. Take your pick!

The meeting of the story is held to discuss something. To think about and find out about how we can take action. And at this summit something happens that makes everything change. The play is, as one of the performers described to me, an act of political optimism. Something that in these times feels like it could be an oxymoron. At this ‘summit’ it isn’t. I hope it is an act of us all meeting in the theatre and thinking about what we can do. 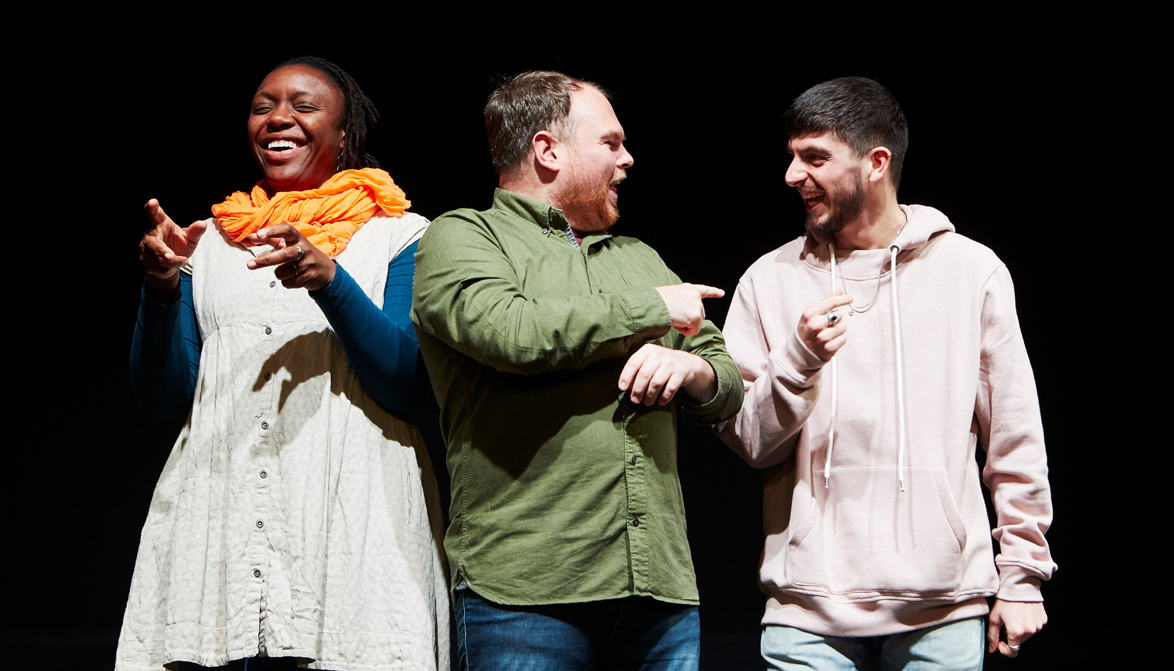 For me, one of the things at the heart of the play is an appeal for me and us to see and consider our difference. One of the first inspirations was an image that I had in my head of a performer standing onstage using sign language. Just that. Nothing else. I am pretty sure this inspiration came from a number of places. I have worked with a number of sign-language interpreters onstage with me for previous plays and performances, for example.

From the start, I knew I was interested in writing something that would be performed by other people with other experiences and other ways of seeing and doing things, and so this is one of the reasons the play integrates BSL into its fabric. An audience that is both Deaf and hearing should be able to receive the story with some parity. 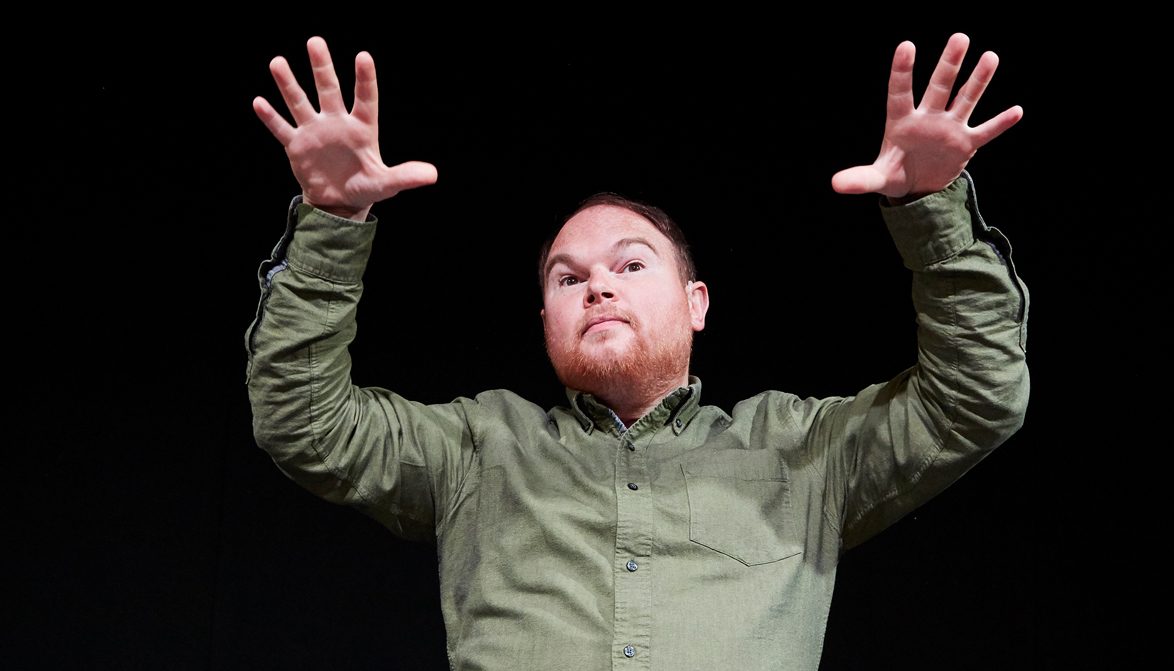 This exhibition and admission of difference feels important to me. Part of the attempt is to create a situation where we see each other not as all the same, but one in which we can see ourselves as other, as different. To try to – in the words of Audre Lorde – learn ‘how to take our differences and make them strengths’. Here is another aim. However similar they might appear any group of people in the theatre will have differences. They might not see things in the same way. A consideration of the play – and performing it in this way, in a blend of languages – is not to try and get us all onto the same page, but to work out further ways that we might work together. To carry on with rather despite the things that might be said to potentially separate us – opinions, perceptions, thoughts and languages.

Perhaps ambitiously, optimistically and some would perhaps say naively, the play tries to imagine a future. To imagine what we are like one thousand years in the future. In this future we are working better. There is more parity and more equality. We have realised that we have to work and keep working to make things better. We have also come to terms with the fact that none of this is easy, and that none of it will be done for us. However hard or difficult things might sometimes seem, if we can work out ways to work together then there is a possibility that we might move forward, and keep moving forward toward better circumstances. That’s the hope, anyway, but it won’t happen if we don’t make it happen. That’s up to us.